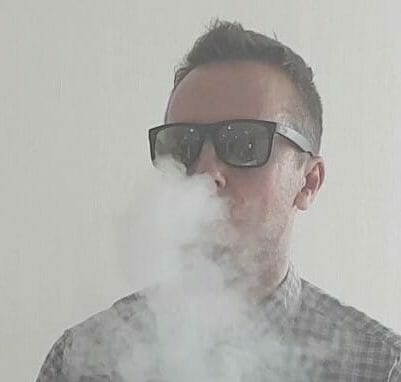 Vapers (more often than not) can usually be categorised by their experience.

Complete beginners know little about vaping gear and use the most basic kits (the cig-a-likes or pod vapes) that they bought at the local shopping centre. (Note that there are extremely well-made cig-a-likes, and these cater to vapers who love the portability and feel of these types of e-cigarettes.)

With a little more experience, vapers get to know how their devices work, which ones are better priced and which cheap e-liquid is the most tolerable.

Intermediate vapers should also know the basic care and maintenance needed to optimise their gear (usually the vape pens or vape mods). By the time vapers reach this point in their “growth”, the learning curve gets a whole lot steeper the further they go.

This is because they will face a dilemma of sorts; should I upgrade to an Advanced Personal Vaporizer? Or should I stick with my current gear?

And if the answer to the first question is yes, then should I get a Variable Voltage/Wattage or a Fully Mechanical mod?

You might be wondering why APVs are sometimes referred to as “mods”.

Years ago, when vaping was still in its infancy, electronic cigarettes were tiny devices that were able to power atomisers for only a few hours max.

A few ingenious individuals decided to “modify” flashlights, which had a considerably larger capacity, and thus, the first semi-mechanical mods were born.

They consisted of the flashlight tube with a larger battery with wires connecting the momentary switch and a 510 connector (usually from old e-cigs).

Fast forward a few years and the full mechanical mod became one of the most popular designs.

What Is a Mech Mod?

These are metal tubes with a 510 connection and a simple switch. These mods contain no electrical components, wires or solder.

They are actually very simple devices, but this makes them extremely rugged and versatile.

Additionally, they do not have any protection which is the reason why they are often used with rebuildable atomisers.

With mechanical mods, you can build low resistance coils, which translates into vision-obscuring clouds. But this has to be done safely with proper knowledge on battery safety and quality batteries.

For this reason, mechanical mods should only be used by beginners with guidance from more advanced vapers.

Mechanical mods are made with different metals, most common being stainless steel, brass and copper.

Stainless steel is extremely durable, and requires virtually no maintenance at all. The downside is that it is less conductive compared to copper and brass.

Copper mods are the most conductive, and can pack a serious punch with the right builds. However they copper is extremely soft, so extra precaution must be taken in order to prevent damage to the 510 threading as well as the tubes.

Dropping a copper mod will cause your atomiser to rip out the 510 threading, leaving it smoother than glass.

Copper also oxidises very quickly; you will need to polish the threads every day to maintain conductivity. Brass is less conductive compared to copper but better than stainless steel. It is also harder than copper and oxidises more slowly.

Personally, I prefer stainless steel when going out, and keep my copper/brass mods at home where there is less chance of dropping it.

Why Vape With A Mech Mod?

Many people also consider mechanical mods to be more aesthetically pleasing compared to VV devices. They are elegant in their simplicity. You can’t really appreciate them unless you have both types of APVs.

Another advantage to full mechanical mods is that you can have some of the smallest setups possible using 18350 batteries; with a small atomiser, it is no larger than a person’s hand!

However, there are a few disadvantages to full mechanical mods. The fact that they are unregulated means these mods inherently come with a degree of danger.

Improperly built coils and auto firing are common causes of battery damage that can lead to disastrous results.

Another disadvantage to these mods is that as the battery gets drained, the voltage supplied to the atomiser diminishes, resulting in decreased vapour production. A freshly charged battery will not give the same quality of vapour compared to a battery that is half drained.

And finally, users must be knowledgeable in ohm’s law in order to build coils that perform well.

VV mods allow vapers precise control on the power output. These mods commonly are found as tubes and box mods.

Earlier variants of VV devices allowed a limited capacity to control power levels when vaping. You are able to alter the voltage, but it is usually limited to under 15 watts.

However, the newer generation of VV devices has significantly greater capabilities and can push over 50 watts of cloud-producing power (with 100-watt developments close to completion) – making them serious contenders in the cloud-chasing department.

Related : Learn about the different types of vape available

Why Vape With A Variable Voltage Mod?

Considering that they can pump out this kind of power using higher resistance coils (meaning longer coils that have higher surface area), they can potentially have even better vapour production than mechanical mods.

Another advantage when using VV devices is that even as the battery drains, the voltage stays the same.

The first hit you take when the batter is fresh off the charger is the same as when the battery is nearly drained. This consistency in vape quality is a huge selling point for me.

They incorporate protection circuits so that they will not fire if your battery cannot handle the resistance of your atomisers. It is always nice to know you won’t have rapid facial reconstruction every time you vape.

While they are excellent devices, VV mods do have disadvantages.

One of them is the price. They generally tend to be more expensive than mechanical mods.

Naturally, the price depends on the mod’s electrical hardware, but cheaper devices tend to wear out much quicker than higher-end ones.

A great way to experience VV mods if you aren’t too keen on spending a lot of money is to build one yourself. For example, a DNA 30 chip costs a fraction of the price of a pre-built device using the same chip. However, you would need some patience, time and some skill with a soldering iron.

Another disadvantage to VV mods is that they don’t last as long as mechanical mods.

Electronic components and buttons wear out, and you will need to replace them. Some companies that make VV devices have long warranties, but their products tend to be expensive.

VV mods are also more fragile than full mechanical mods. A drop of e-liquid in the wrong place or a fall will render an expensive mod completely useless.

Before spending cash on either one, try out a friend’s devices to see if you like them, or try a cheap clone.

Whether you choose a full mechanical or VV mod will most likely depend on what suits you best.

Do you need a rugged no-nonsense mod that can run extremely low ohms? Or would you prefer a powerful device that can change the power output depending on your need? Or you can do what I did and get both.

Jim Lawson
Smoking since my late teens, with a few unsuccessful attempts to quit behind me I discovered vaping in 2012. I have been smoke free since. As a tech geek, I love how vaping allows me to try new set-ups & new innovations. When i'm not testing vape products for ozvapour I can be found watching the EPL or hiking a national park.
Author Page